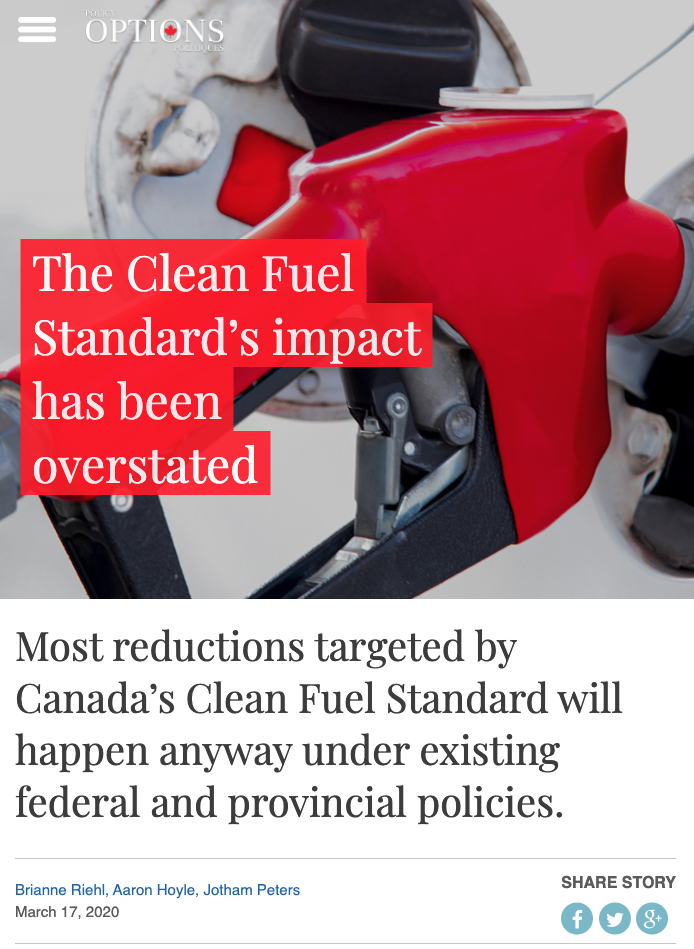 Navius Research and the Energy and Materials Research Group at Simon Fraser University collaborated to evaluate the impact of Canada’s proposed Clean Fuel Standard (CFS). This policy intends to reduce Canada’s annual emissions by 30 million tonnes of carbon dioxide equivalents by 2030, but analysis estimates that the policy will achieve much less once overlap with existing federal and provincial policies are considered. Using the example of the CFS, this research aims to draw attention to the important interaction and combination effects among energy-climate policies, which often lead to a combined impact that is significantly less than the sum of what each policy would achieve if implemented individually. 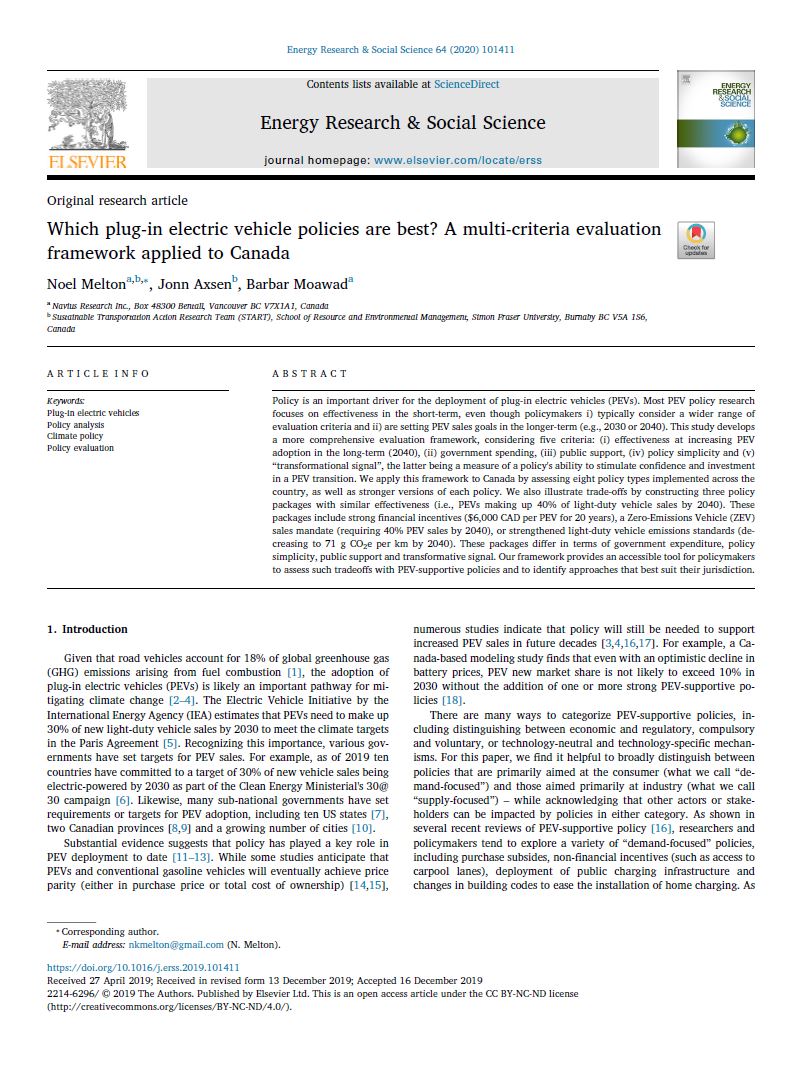