The Government of Saskatchewan is challenging the federal government in court over its plan to implement a tax on greenhouse gas emissions. Saskatchewan opposes the federal plan in part because it claims the economic costs of the carbon tax would be catastrophic.

We took a close look at Saskatchewan’s analysis, and the numbers simply don’t add up. Our best guess is that Saskatchewan’s own modelling suggests that the impacts of a carbon tax have been overstated by multiple orders of magnitude!

Their news release highlights that a carbon tax would reduce GDP growth by up to 2.43%. But their own supporting analysis appears to suggest a reduction of only 0.13% between 2017 and 2022. 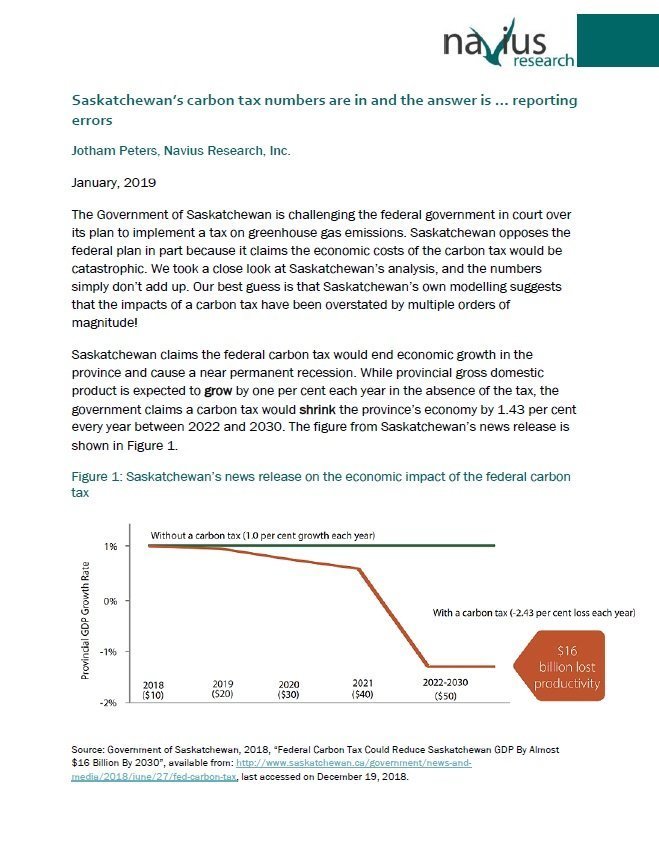 What does a low-carbon fuel standard contribute to a policy mix?

Damage Control: Reducing the costs of climate impacts in Canada

Under Water: The costs of climate change for Canada’s infrastructure

A study on the energy storage market in Canada